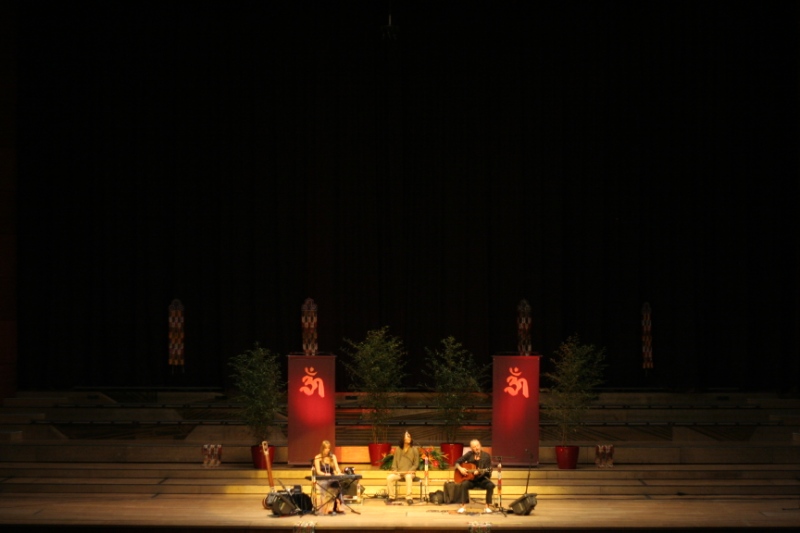 In which we leave Russia and return for a home game in Nuernberg and everyone is invited on stage. Flying out of Russia was as uneventful as flying in… which I guess is a good thing. I still had a few roubles left, so I’d planned on changing them at the airport, but strangely, I couldn’t find a change bureau. We had lots of hugs and promises to return one day… 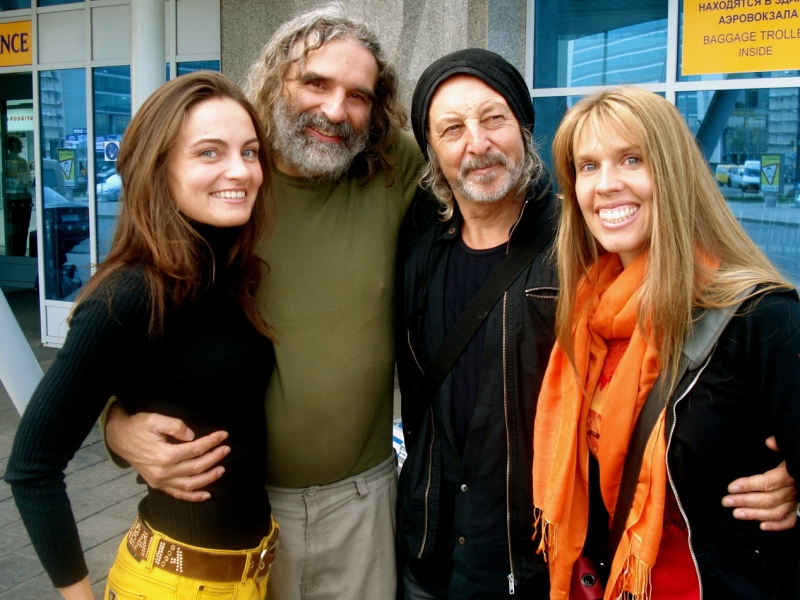 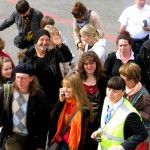 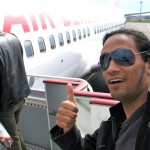 Deva Premal is born and raised in Nuernberg, a local girl made good, so this is something of a home play for her. And especially as it is in the Meistersinger Halle, quite a prestigious location in Nbg. The concert is organized by Saeed from Silenzio Music, the distributors for their music in Germany and they’ve laid out the most delicious spread of food in the dressing rooms. And supplied the usual caring helpers so that it all goes well.

The concert hall is quite modern and a bit bland in that functional sort of way buildings sometimes are from the 70s, 80s. At the back of the stage is an enormous pipe organ, but you can’t see that in the photos as it was covered with a black curtain. The lighting was sort of ‘functional’ as well. The foyer was a lot more impressive, as you can see from Manartha’s little CD shop. 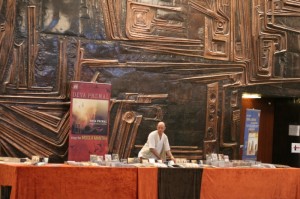 At the break the hall manager came up and asked me if Deva and Miten would come to the foyer at the end to sign CDs. No, I said, they’ll stay in the hall and do some signings. He looked worried. As long as they come down off the stage he said, we can’t allow the public on the stage. I reassured him that they would come down off the stage while we were cleaning up and he was happy with that. So, in the second part, after Deva announced that we were coming to the end and this was the last song, Miten suddenly butted in and said “Hey guys, it would be really nice to feel you close, why don’t you all come on up to the stage and gather close”… so with a lot scraping of chairs and clambering on the stage, a hundred or so people were up there. The hall manager heard the commotion, opened the door to look in and came out with a look of horror at what was happening. I saw a security guard hurrying to the back stage area and appear on the back of the stage, but when he saw the situation, he realized that there wasn’t a lot he could do. This was the first time (but not the last) that I’d seen Miten do this, and it was without knowing anything about the conversation with the hall manager. Synchronicity! 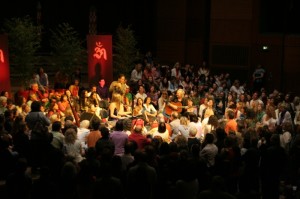 I get to stay with Deva and Miten at Deva’s mums, always a treat and a great place to hang out.