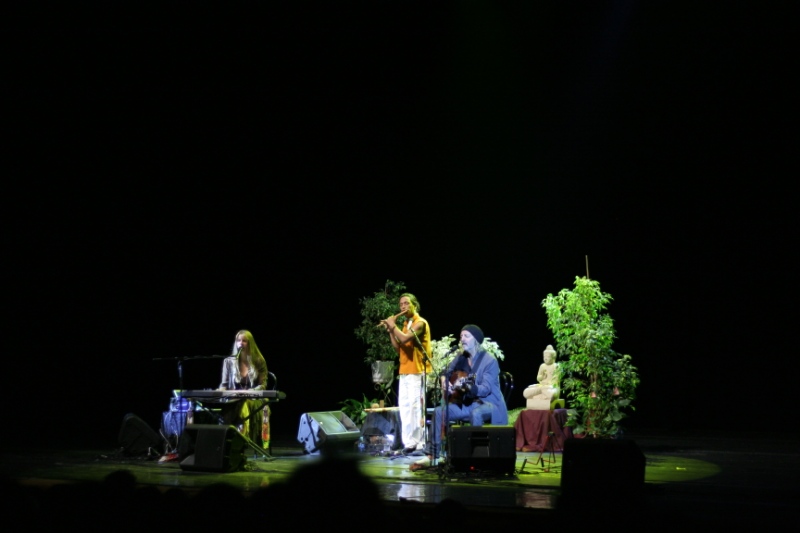 For anyone who thinks that the touring life is a glamorous whirlwind of exotic places, then today is a good reality check. Although getting to bed sometime around 3am the night before (had to try the local vodka before turning in), we all meet outside the hotel at 10:15 to load up a van and head out to the airport. Although the flight from Moscow to St. Petersburg is only about 90 minutes, hotel to hotel works out at about 7 - 8 hours. Thats an hour or two hanging around airports and the rest of the time sitting cramped in a van moving through the traffic at a pace that makes London look like a race track. The flight itself is OK. An aging Tupolev that was half full and did the things a plane should do (like take-off, stay in the air and land). St. Petersburg was noticeably cooler than Moscow. 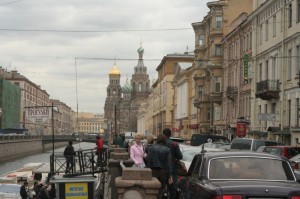 We spend the morning looking around St. Petersburg a bit. On the Metro downtown (after yesterday none of us are too enthusiastic to travel by car) one of our party has his wallet stolen, which is a bit of a drag, but with a quick phone call the cards are cancelled and there wasn’t much money in there, so no real damage done. But it’s a hassle nonetheless. 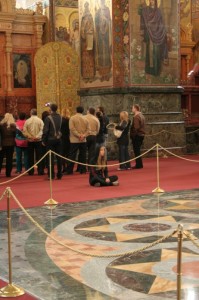 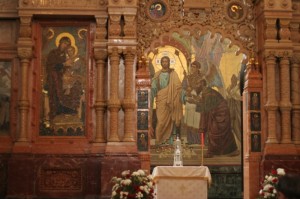 As we travel around, Deva and Manose try to record a short bit of film with Deva singing the Gayatri Mantra at some beautiful or well known spot in the city. In Moscow we’d done the recording at a couple of places: the Church of the Swimming Pool (long story!) and the Church of Psychedlics. In St Petersburg it’s the Church of Saviour on Spilled Blood (http://eng.cathedral.ru/saviour), a church that was built in tribute to Tsar Nicholas who was assassinated on that spot. So, not a real church although it looks like one. The inside is a mass of tile mosaics covering any available bit of wall, floor or ceiling. During Soviet times it was used for storing potatoes and later as the prop room for the nearby theatre, but in the 1990s it was restored to its former glory. It’s a cold, grey day and the others give up ‘touristing’ and go back to the hotel but I decide to walk back. Somehow Russia looks like Russia when it’s cold and grey. Although it’s not quite midsummer, the daylight lingers around until 23:00, giving a foretaste of the famous White Nights. 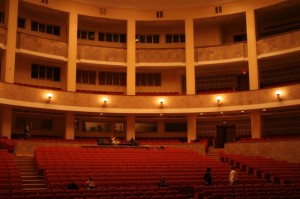 Tonights concert is in the Music Hall in the Alexanderpark. The building itself is completely swathed in scaffolding and plastic, although some of the plastic has disintegrated and blown away. This is a good indication of how long the work has been in progress and I’m not even sure if it still going on. If not, it will remain looking like a dejected Cristof sculpture. 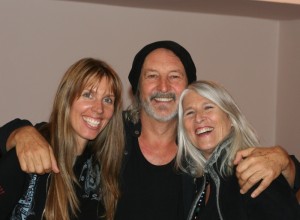 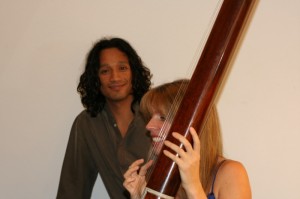 Inside, it’s not a lot better. The changing rooms have had a coat of paint but that’s about it. The theatre itself is fully functional and looks quite good, especially when the lights go down. 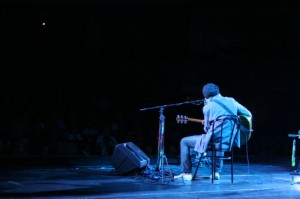 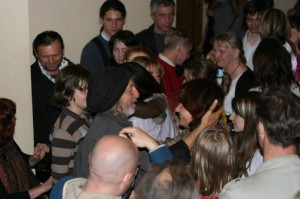 After the show, Deva and Miten hang around the stage to sign CDs and connect with people. Some people came up with CDs they didn’t recognize, including a bootleg copy of “In Concert” and a CD with seven albums in MP3 format. Apparently they were for sale outside the concert hall, complete with photocopies of the artwork. That’s quite impressive given that the first “In Concert” CDs entered Russia only three days before hand and had been sold only at the Moscow concert. And buying all the music as MP3s on one CD seems like a good idea. 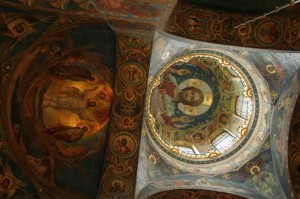 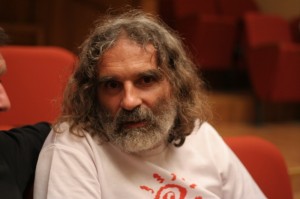 next: return to Germany