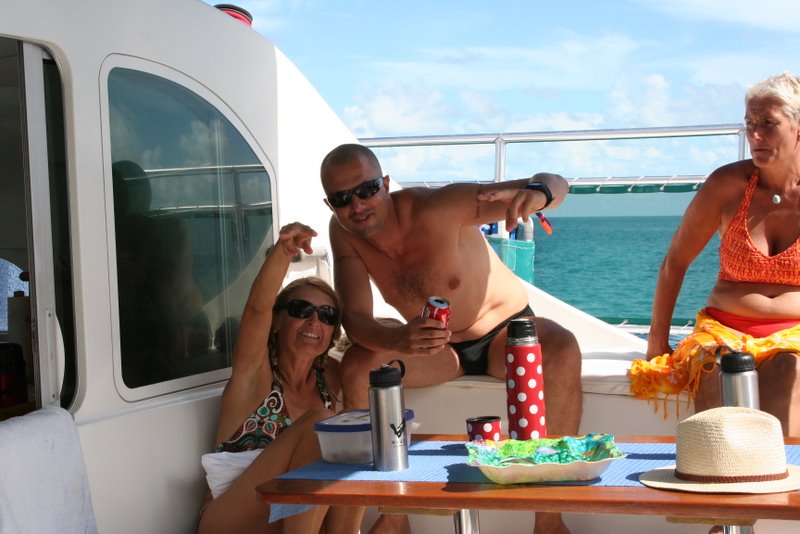 In the society I come from, talking to others while wearing sunglasses is kind of frowned upon, usually the preserve of teenagers with an attitude problem. But here in Bimini, where the sun is bright for most of the day, sunglasses are normal. It’s taken me a long while to get used to this, having whole conversations with people and not being able to see their eyes. And myself talking to others while wearing the things. I’m most comfortable with a light shade that can be seen through. I notice it often with newly arrived guests, they feel a bit disconcerted at first, whereas I think most of the crew here are not aware of it as it is normal when living here.

This week has been dominated by the fact that the WildQuest Online Booking system is going live to take bookings for the 2010 season. Arlyne, our mainland organizer in Florida, has flown over for meetings and I’ve been frantically getting the program into shape and towards the end of the week we announce it in the newsletter. I still manage to have three days on the boat, which is great. It feels kind of strange to be sat in front of a computer all day when everyone else is out on the ocean wave, but that’s the reality this week. 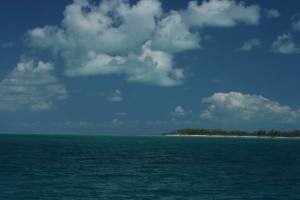 In amongst all this last minute frenzy, I’m also supposed to produce the Notes for August, a kind of blank verse poem to accompany pictures and set the tone for the month of August, but I manage that and you can view it on the WildQuest site. The graphics work is all done by Sudi, the webmaster and designer. 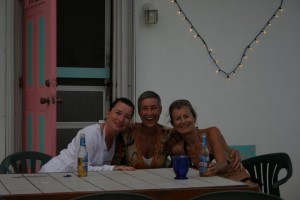 It’s our final week of Veit and Andrea’s Joy of Life group and we’ve grown very fond of them all. One of the participants this week is a woman with a young boy who is dying from a motor-neuron disease and has no movement at all. We’ve all been taking care of him and supporting him in the water and have been very touched by him. 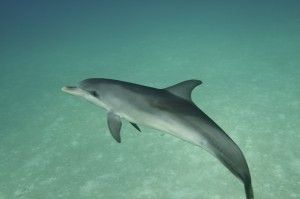 10 Sept – I may have given the impression in the past that bottlenose dolphins are a little stand-offish, not so interested in making friends and playing with us humans, possibly more interested in feeding and procreation than swimming around and I’d like to set the record straight as we’ve just had a lovely time with a small group of said bottlenose, albeit younger members. Much of our dolphin connections here are with Atlantic Spotted dolphins who tend to stay more on the surface, be more acrobatic and patient with us clumsy humans. But today has changed my attitude as we’ve taken the time to become a little better acquainted. 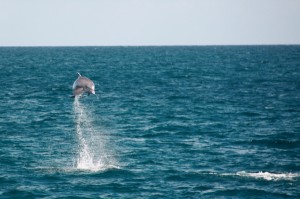 Firstly, they are noticeably larger than the Spotteds and the first time I met up with them today was when I dove a little below the surface and faced three of them heading directly towards me and filling my head with sonar. They veered off to my left to check out the others, which was when I realized how big they were They also seem to move with more of a purpose, as they headed down to the sandy bottom to dig for some fish. They stay down for quite a bit longer than Spotteds and while digging they aren’t particularly interested in playing, but I worked out that if I headed down at about the time they were coming up, then we could meet in the middle and swim around for a bit. And they’d stay up near the surface for a few minutes for a swim as well. So I got the impression of a rather more serious kind of dolphin, with more of a purpose in what it was doing, possibly because of the greater size they were less acrobatic. 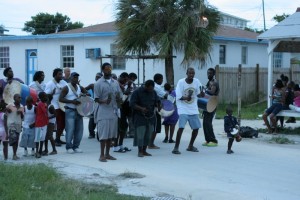 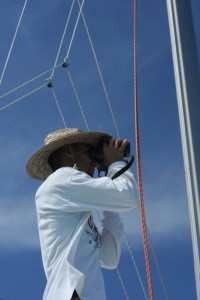