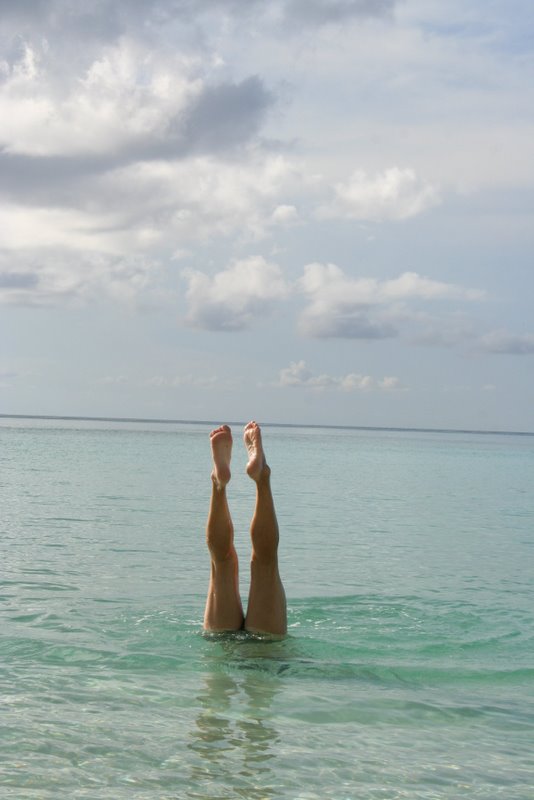 This is the second of four weeks of the Life Trust peoples and half of the previous weeks people have stayed over and some leave and some new ones arrive. It’s like being back in Germany with the sound of German around me. We’ve got a young lad, Leo, who decides to shave his head while here. So in minutes he goes from angelic blond hair to shaved cranium, which is a pretty courageous thing to do on holiday. He is now the Man of the Month for September on the Wildquest calendar! 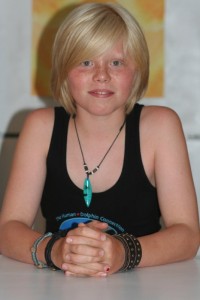 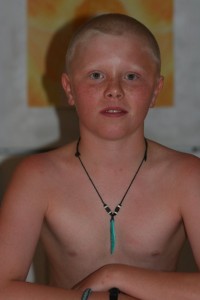 24 Aug – Wake up to find the golf cart is not functioning. After trying to charge it up Atmo lifted the seat to find that three of the six batteries have been stolen during the night. Coming after the attempted stealing of the boat it’s a bit of a blow and it’s easy to think that someone is out to get you. But it seems it’s a bit of a coincidence, the police said that it happens now and then and it was probably some crack heads needing some fast money. The next night however they come back and steal two of the three remaining batteries… 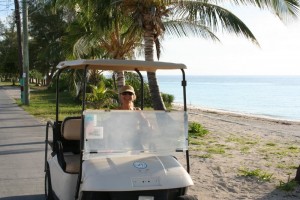 25 Aug – A windy, slightly stormy day today. We moored off of a reef for some snorkelling and some lunch. The reef was at about 50ft and I dived to the bottom, making it my deepest dive so far. I felt like I could have gone to 60ft. But I’m still getting bright orange gunk out of my nose when I blow it… no pain though so I guess it’s a benign side effect. Later we met up with a pod of Spotted Atlantic dolphins, I suspect the same group that we’d had such a fantastic swim with last Friday. They were in a similar mellow sort of space. I stayed on the boat mostly, but right at the end I dropped in. I was just floating along, mask down, when a couple of dolphins glided into view about two meters below me. We floated along together for a while, moving very slowly and they started rising up and finally surfaced to my right, so I rolled to my right and watched them (as they watched me). They then started moving slowly towards me and I started curving my back to make a slight turn away from them, not to get too close. They tightened their curve, I bent my back more. Until it became clear that they could make a much tighter circle than I could. By now the nearest dolphin was eyeballing me from about 10 inches and I had to flip over as I couldn’t turn any tighter. They both stayed with me, then sort of gave a wiggle as if to say ‘nice try’ and slowly moved on.

There were a few others following on behind them and they slowly swam by, quite close, and then off. I realize how intentional the whole dance had been. We’d swam together and then they’d moved over to play a little swimming challenge and then they left. All very gently and with a lot of awareness. 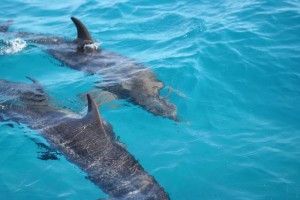 26 Aug – Wednesday is our night out, when we all head off to South Bimini resort, where they have a surprisingly good restaurant. One of the ‘highlights’ of the evening is karaoke in the bar and Leo (he of the shaved head) is going to perform a Michael Jackson song. He’s good… even tossing in some moon walking on the bar. You can view it on YouTube. 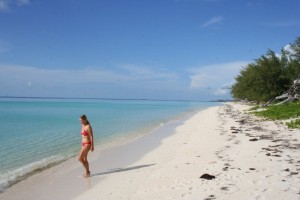 27 Aug – I get an extra day off of the boat, ostensibly to do some computer work on the website, but in reality I end up fetching the newly arrived golf cart batteries from the customs and setting about installing them, helped by one of the weeks participants, Marius, an interesting guy from Germany. The cart is parked in the hot sun, the job takes us a few hours and it’s hot, hot, hot! I’m not too sure of the wiring so I don’t complete the hook up and leave it to the Czech’s to do the final wiring when they get back from sailing. Which is when we find out that I’ve put the batteries in the wrong way round and that the charger is also blown, although whether that was caused by the batteries being in the wrong way is not clear. I feel a bit silly and we have to borrow a charger while we order a new one from the mainland. 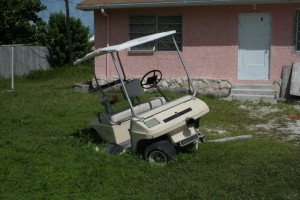 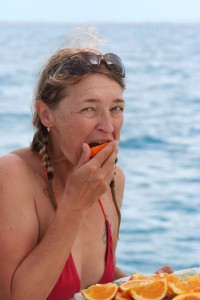 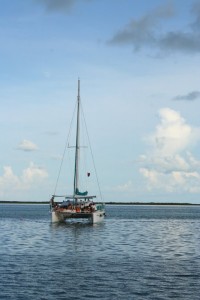