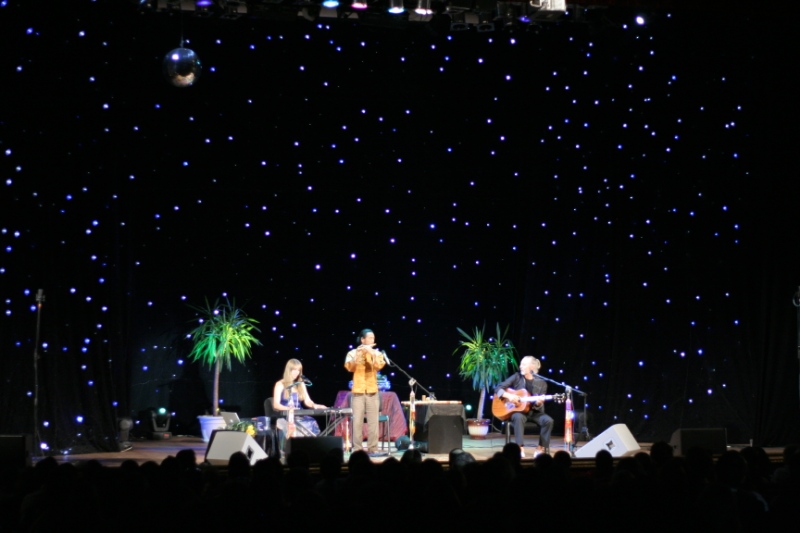 I’m basically going to be in Russia on holiday, as there is no need for a van there, and we won’t be doing any merchandising either. So it’s just the musicians, the sound guy and the manager with me hanging around. I’ve not been to Russia before (in fact only one of our party has) and there’s quite a lot of music and sound equipment to get in and out, so we’re kind of curious how difficult it can be with the Russian bureaucracy. Will we be interrogated? Equipment impounded? Massive bribes change hands? 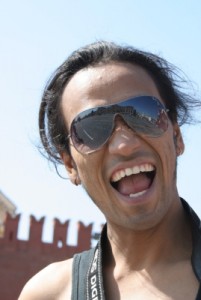 In the end it was all very anti-climatic, much like any other air journey. We’d been told to declare the equipment on entry so that we could get it out easily, but they simply weren’t interested at all. (The only person having a problem was some character who had shown up to film our arrival and was being harassed by the airport security.) 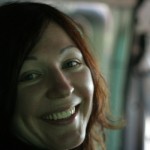 There was the organiser waiting for us as we came through customs, the lovely, dynamic Usha, with a van, which loaded up with us and the baggage and off into the wilds of Moscow. They drive like maniacs here, making Italian city driving seem quite sedate. Apparently there is no speed limit in the city unless the road is jammed solid, and the roads are standard Soviet width (like 10 lanes) and very, very full. 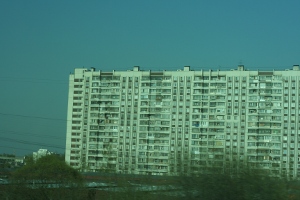 We wandered around a little that evening, mainly in direction Red Square, which was not quite how I’d pictured it. On one side is the Kremlin (apparently: it’s never quite clear what or where the Kremlin is) and the other side a large shopping center (GUM). This could be considered an ironic statement about Russia and it’s politics, except Russians don’t do irony. (NOTE: just found that the Kremlin has a very informative website). 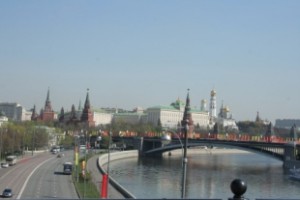 First impressions of Russia include the idea that Russians never smile. This is not actually true, but they are very guarded when in public, opening up into friendly, easy laughter in private. This is partly national character I think, and partly the effect of many generations of an overbearing, paranoid Soviet state. There is a new generation of Russians who are growing up in a climate of comparative openness, but for their parents and grandparents, they had to watch what they said. The younger generation are somewhat puzzled by the sight of the UK heading into totalitarianism, while they are heading out of it. Another observation: Russian cleaning ladies are all alike, and apparently a different species from other russians. They are short, stocky women of an indeterminate age and are never seen without a broom or mop. They don’t smile and when I tried to get a photo of some, they don’t appear on film… weird! 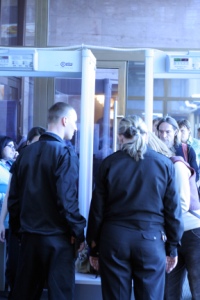 Tonights concert is in Moscow, and is the first concert in which all the guests (and artists) have to pass through a security check and metal detectors. Comforting to know that there won’t be any knife attacks during the concert! The concert hall itself is part of some sort of television complex and looks like it’s being used for concert recordings and such. It’s certainly one of the deadest acoustics I’ve heard outside of a real studio. DP&M are more used to playing churches and concert halls so it all sounds a bit strange to them, meaning we have a sound check with ‘it just doesn’t sound right’ all through it. 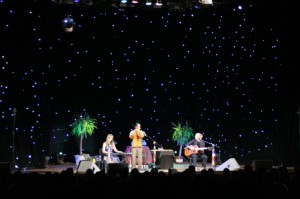 The organizers have put up a fantastic “night sky” sort of backdrop for the stage which looks really good. Downstairs, the changing rooms are clean and basic and mirrored on all walls. The concert is already sold out and the audience, although a little subdued at first, soon warmed up. Few Russians speak much english so a translator is needed during the concert. After the concert it felt like everyone wanted to hug the stars. Russians are very good huggers!

The hugging and chatting can go on for a bit, which pissed off the night guard, who appeared at the edge of the stage and shouted at everyone to, presumably, go home. He was totally ignored and disappeared, to reappear on the stage and hollering again at everyone. And again, he was ignored, so he disappeared again. And reappeared, this time with a battery operated megaphone, the kind which become more incoherent the louder you shout into them, which he was certainly doing. But again, no-one paid any attention to him so he eventually gave up… 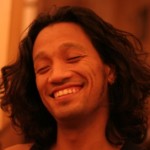 After driving back to the hotel it was time to sample some more of the local delicacy: vodka! 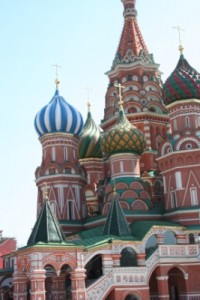 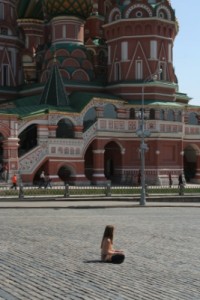 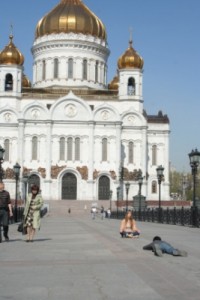 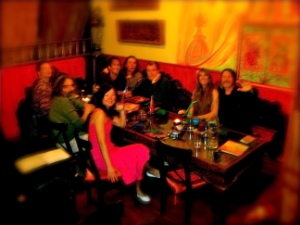 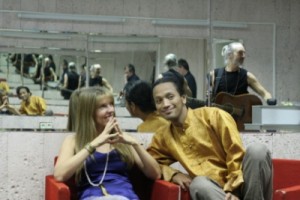 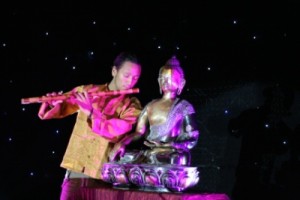 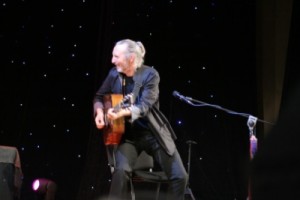 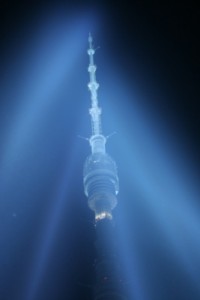 Next, on to St. Petersburg.