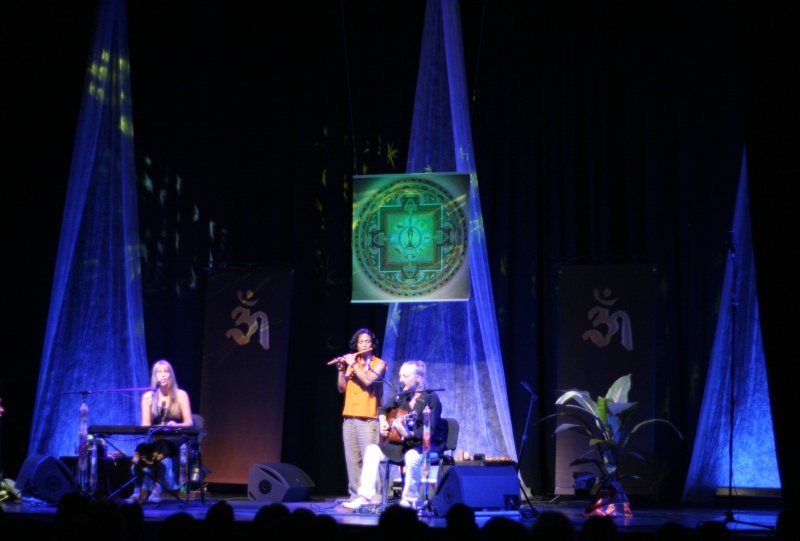 In which we continue on through Maribo, stop at a Croation border post, later at Ballaton. Concert in Millenaris hall/park in Budapest. No air-conditioning, arrival of Sarvogeet. Miten singing soft, second set louder, it’s effect on Deva, then everyone on stage for the Israeli song. 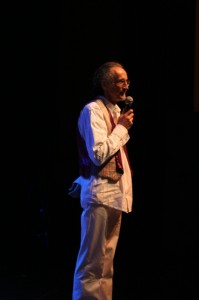 We leave Ljubljana with a certain sadness, but I’m sure we’ll be back soon. Pratap, the organizer, has managed to put the concert on successfully for a couple of years, despite giving the impression of being rather spaced out, he gets it together, a great combination! We’re travelling in two vans and decide to stop at the Ballaton lake for lunch, although it’s about four hours out of Ljubljana. After about two hours though, Miten calls up and says he’s hungry, pull over at the next likely looking place and we’ll have a picnic. I spot something that looks like a truck stop over on the right and head off the autobahn to see if we can park there. It’s the Croation border post and we don’t want to go through, so we stop in the car park where there is also a little coffee bar. Not quite the romantic lake side picnic, but still quiet and we’ve brought along some of the food from last nights concert (Indian, hmmm!) and we can order a coffee afterwards. A nice little picnic and some music for dessert. 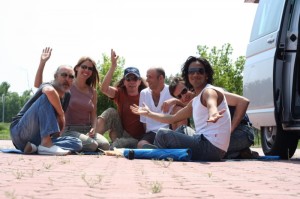 On continuing, Manose (who is travelling with me) decides he wants to see the lake anyway, so we head off towards the lake and pull up at the water front. In some places it’s like a little Germany, with menus and business names in German and the whole water front a little family paradise of small bungalows, snack bars and swimming places. Manose desires a fish, so we find a snack bar that will grill a fish for him. And then on to Budapest. 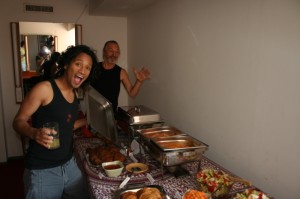 I like Budapest. Despite being a big city with a lot of grand buildings, it’s also got a sort of rundown decadence to it and every corner turned can bring a surprise piece of architecture. There’s lots of expats from various countries doing whatever and as no-one speaks Hungarian, English is the second language (although many speak German as well). We decide to walk down to the river in the evening, on the map it looked about 30 minutes but after an hour I had to admit to being totally lost. We were on a hill by a castle but there are two or three castle sort of places in Budapest. We asked a passerby which way to the river, she thought long and hard and said it’s best you go that way and get a tram and a taxi driver suggested we go down the hill and turn right, which we did, and after another hour were by the river. By then it was nearly midnight and on the Buda side of the river there are few places to get a beer so we took a taxi back to the hotel. So much for the night life in Budapest… 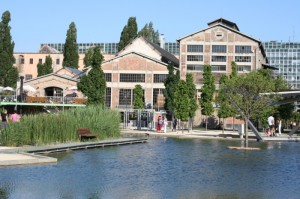 The concert is in the Millenaris Hall, which is part of the Millenaria Park, a nice green block with an exhibition space, a theatre and two concert hall. David Byrne’s playing next month, but tonight it is Deva Premal and Miten, with Manose and the concert has been sold out for a couple of weeks. There are a surprising number of people who are determined to get in without a ticket and the entrance is very busy. This concert is organized by Vitold (as it was last year). At first he was worried that he had booked too large a hall, now he was worried it wasn’t big enough. Some of the venues on this tour have been a little short in the lighting department, the Millenaria makes up for this by having enough lighting for a small city (which wasn’t all used fortunately). Again, great equipment and a great crew to run it. 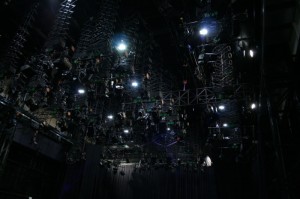 Miten is singing and playing a little soft on the first half of the set and Sakha mentioned this to him in the break, the second half he is a lot stronger, which also prompts Deva to sing a bit stronger. This fills her voice out well. I realize that as we are playing bigger halls with bigger sound systems, sometimes it is too easy for the singer to hold back and sing softly, which changes the tone of the voice. The second set has a full-on energy and culminates with a rocking version of ‘Illah-ha hoo’ and lots of people on stage, before falling into a silent space with a mantra. 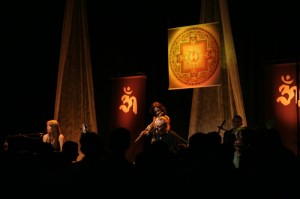 Sarve has shown up from Freiburg to drive their van back there while the artists fly to the UK for a couple of concerts and I go to Nuernberg in my van to pick up some more CDs before going to Freiburg, then Sarve will take their van to Frankfurt for the artists on their return and I drive to Baden Baden for the Rainbow Spirit festival. That’s the simplified version of events, there is also sorting out which equipment needs to go to UK, what stays in the van (and which van), such are the joys of tour logistics. 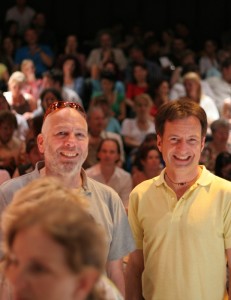 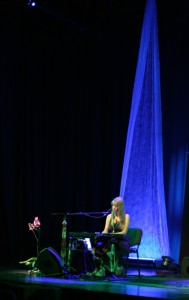 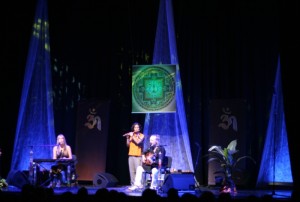 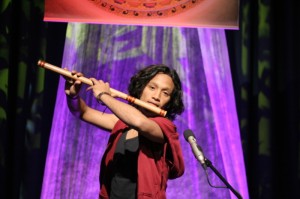