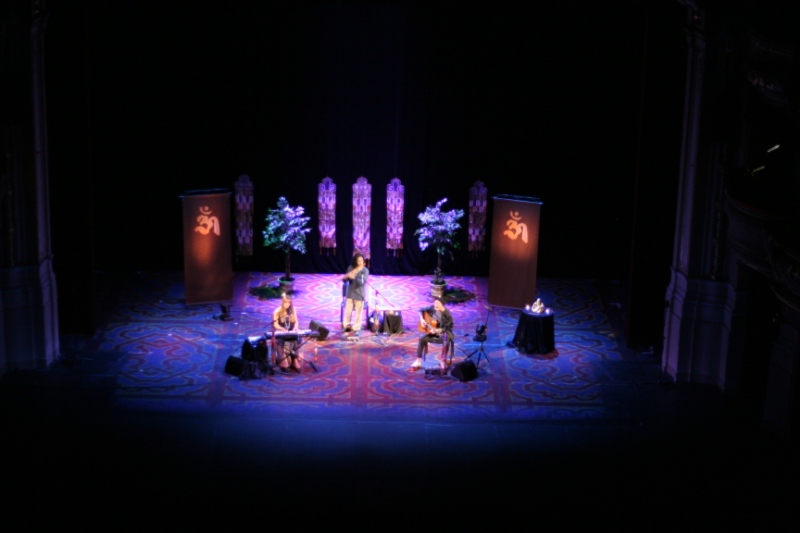 A lovely drive through the countryside to get to Prague, playing Guru Singh‘s “A Game of Chants“, a favourite from the 2007 tour. If you think songs called “I Am What I Am” all sound a bit new-agey, well just hold on a bit. The production and music on this CD is fantastic and has vocals from Seal and performances from Thomas Barquee. Guaranteed to put a smile on the day and I’m having to ration Manartha to only twice a day. 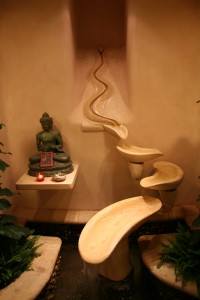 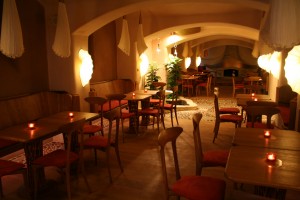 We had a concert in Prague a couple of years ago and had a great time. Prague is one of the most beautiful cities to be in, and the Czech people are wonderful. The concert is organized by Maitrea (as it was last time) and we meet up with some folks we knew before and some new ones. Maitrea have opened up a new restaraunt in the city center and we’ve all been invited to it for the evening. But when we go to pick up Deva and Miten they choose to stay in the hotel to rest up so it’s Manose and the crew that end up going. It turns out that it’s the opening night for the restaraunt and there seems to be an idea that Deva and Miten would be there for the opening. But they end up with the roadie and sound man, all a tad embarassing. But, they did get Manose, a star in his own right. And Deva and Miten did go round for lunch the next day. It’s a fantastic restaraunt and built with an attention to detail that I’ve rarely seen before. Food’s great too! 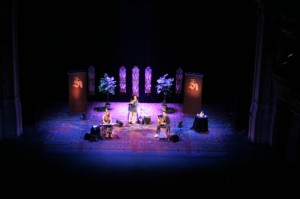 Afterwards we decide to go for a drink somewhere, but it turns into one of those searches where the nice places are too full, others don’t feel right and we keep looking for the next place until of course they’re all closed and we end up back at the hotel annoying the barman (who is trying to close up). 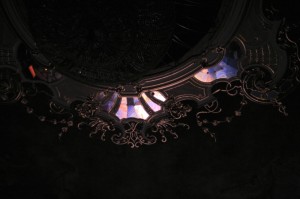 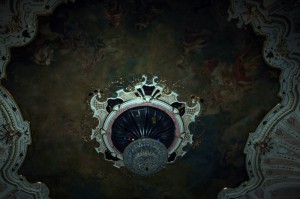 The Prague hall (the Karlin Hall) is a fantastic confection of Barock style decoration, with an enormous, complex chandelier in the center of the ceiling and intricate gilt work all over the place. They’re showing a Western style musical during the week so back stage is full of scenery from the Wild West, giving the backstage a surreal feel. 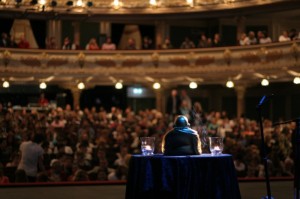 In recent concerts, they’re starting the second part with a mantra from the “Mantras for Precarious Times” CD, available only at concerts. This is a CD with 7 mantras, each chanted 108 times (this being a power number in the Sanskrit/Ayurvedic systems). It’s a little different setup than the rest of the set, with Deva sitting in front on a cushion and with a single spot shining on her, and the rest of the stage in darkness. She has a clip on head mic, a tamboura and a mala (to keep count of the repetitions). One of my little tasks is to quietly sidle on to the stage after she’s finished and remove the clip mic and the cushion when she’s moved back to the keyboard. A chance to practise the art of invisibility. Unfortunately, in this hall, the front of the stage where Deva is sitting is the orchestra pit covered with plywood sheeting. I hadn’t noticed during sound check, but I certainly did in the pin drop silence after the mantra as every footfall resulted in a loud “clunk”, “clunk” and of course, walking slower didn’t help, just spread out the pain a little longer. 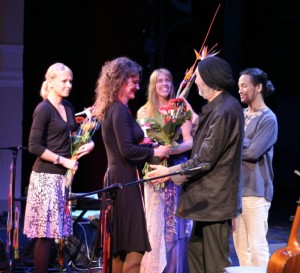 Fortunately Miten didn’t invite everyone on stage at the end (which would have collapsed) and the concert is fantastic and the Prague’ians were in full voice. 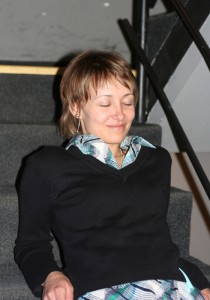 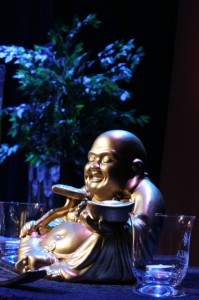 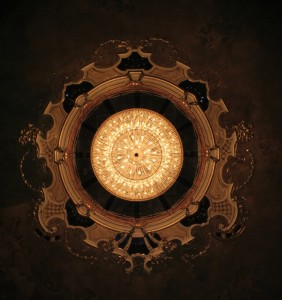 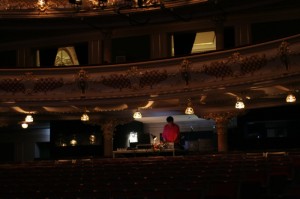 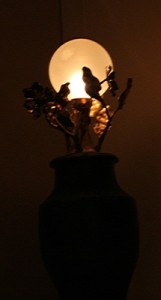