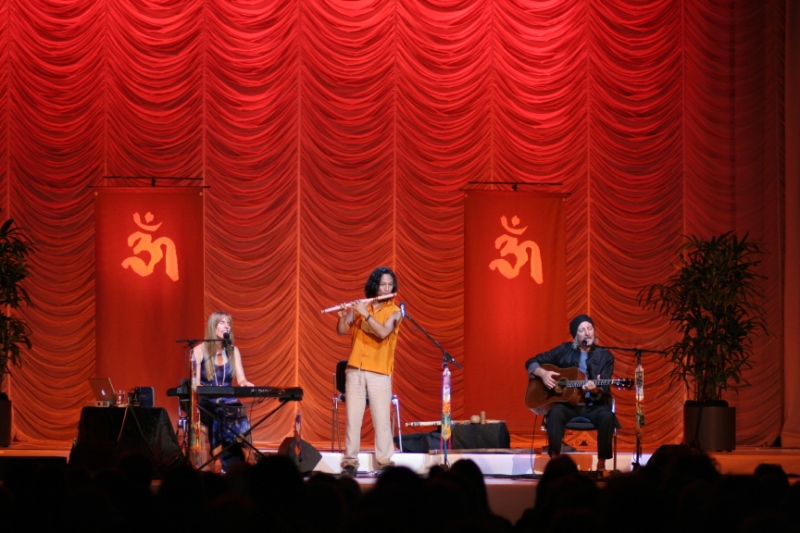 I’ve been sick for a few days after the first leg, sore throat degenerating into a dry cough and it lingers on for a couple of weeks. Most unlike me, I figure it must be some sort of East European bug that I’m not used to. I find out later that Deva and Sakha both had the same sort of thing. Regardless, the show must go on and the next gig is the Rainbow Spirit festival in Baden Baden, a gloriously esoteric extravaganza in a city better known for it’s casinos and extreme affluence. 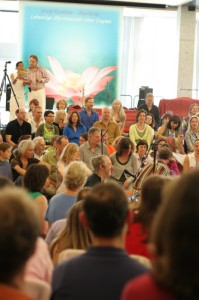 Rainbow Spirit is a festival that has been taking place regularly for a number of years and is a mixture of all kinds of new age shops and shows. The Kongress Center is the main venue for the event and is three floors of halls, seminar rooms and space for exhibitors booths. There is an all day schedule of talks, workshops and events in the halls and the exhibition space is full with every crystal, therapy and shaman of Europe (and beyond). Satsang on the Saturday, it’s very full. Satsang is an Indian word used for a gathering where people sit together (normally in silence and meditation) and literally means ‘sitting with truth’. In the case of Osho’s people, it has evolved to be an hour and a half sitting with music interspersed with silence and quotes from Osho. There is a stage setup for the weekends events, but Deva and Miten sit on the floor in the middle, with everyone else around them. There is a beautiful 90 minutes of music and silence 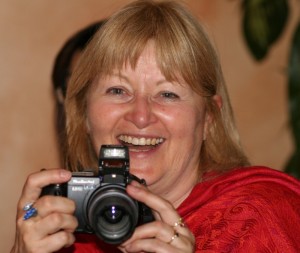 In the evening there are concerts from Milarepa and his One Sky band, followed by Prem Joshua and his band, almost all old friends of mine. Milerapa’s band, as usual, is a spontaneous collection of musicians from the region and Mila leads them on a high energy romp through old and new standards. Rather than travel with a band he uses his vast network of musicians to invite whoever is available to play and in this case he’s got an 8 piece ensemble. Most people seem to know the songs (including the musicians!) and are dancing and singing along. 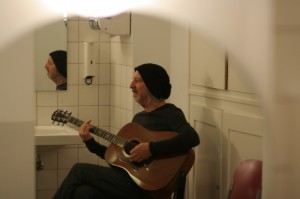 Prem Joshua and band take over after a short break and move us on into their mix of east and west fusion. I’d met them in the morning, they were setting up at the same time as we were (first time I’ve seen a group of musicians sound checking at 07:30). They played a good high energy set with some new stuff as well. They’re heading off to Italy later to start work on a new album, which I look forward to. Getting in and out of the concerts is a real PITA though, as the wrist bands we are all wearing should allow us entry to any event but some of the door folks don’t seem to realise this and I end up spending a chunk of the concerts outside. In the end I give up and head off to join Milarepa and crew for a pizza and beer. 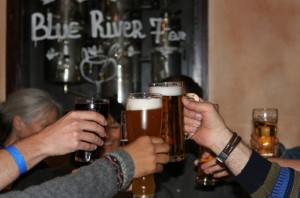 The DP&M concert on the Sunday is too large to happen in the Kongress Halle and takes place in the Casino building, where there is seating for 1250 people. They’ve played this hall many times and it’s a well equipped place to play in. This time we’ve asked for the stage to be a bit deeper than normal (at an additional cost of €600) but after we’ve setup we find that the fire curtain runs straight through the setup and we either have to move forward or backward, so we move forward and end up at the same place as previous years but with a bit more space behind. It’s the kind of fire curtain which means that not even a wire can cross ‘the line’… totally dumb situation. 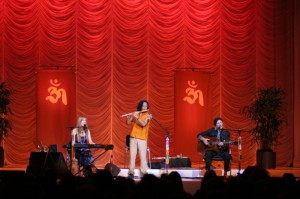 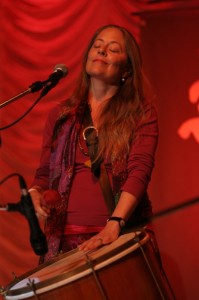 In the second half, Miten invites up Cornelia and Sabina to play percussion. Cornelia is one half of the TaKeTiNa Institute and played with them last year in Chemnitz. She sings good too, talented gal. Later he invites up Veetkam, a percussionist from the Singing Buddhas, in Switzerland and finally Peter Makena, composer of the “So Much Magnificence” song (which is played) and of many other sannyas songs. With the addition of each musician the energy levels rises and we end with everyone blissed out and breathless. The Great Orgasm as Miten later put it. 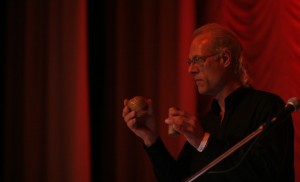 Monday is the Voice Workshop, very well attended. It’s a beautiful room for a Workshop, lots of light and space. And Miten has invited Rishi, Dwani, Cornelia, Sabina and Veetkam to join in to make music, so it’s a full on mix. Deva is a little sick, grumpy and feeling frail and last thing she wants is a bunch of extra musicians in the middle… but after a few tears and a few hugs the workshop starts up and things move to a ‘higher plain’. 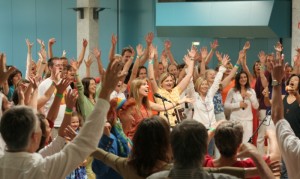 Afterwards there is a bit of an altercation between Sakha and Mariam, the concert organizer. One thing we’ve learnt on tour is to never, ever get between Sakha and his food. It’s like getting between a bear and her cub, or a wolf and his kill: consider yourself lucky to come away with a full set of digits. Mariam didn’t like him eating the food set out for the artists and told him so. He survived though without too much damage. Later, after a flurry of emails on the situation, I understand that they’ve ‘hugged and made up’ in the virtual sense of the word. 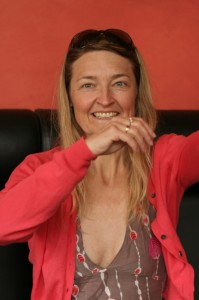 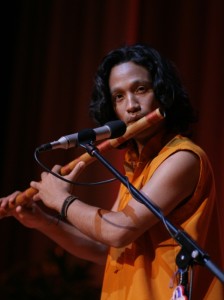 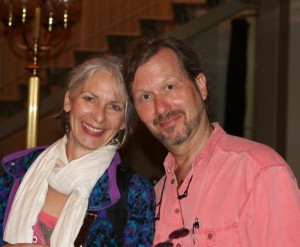 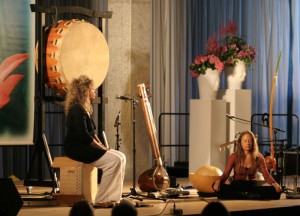 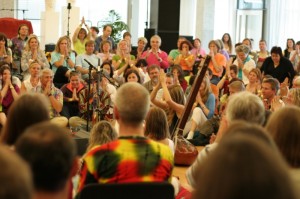