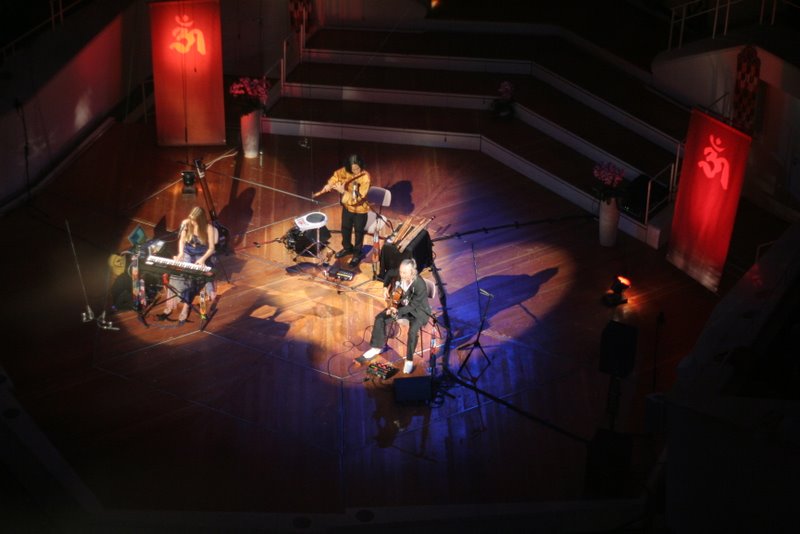 Tonights concert is in the prestigious Berlin Philarmonie, in the Kammermusiksaal, which is normally used for chamber orchestras and is in the round, meaning the audience is sitting all around. It’s not particularly designed for a stage performance, more for an ensemble to be listened to and as such the acoustics of the hall are excellent, which, paradoxically, poses a problem. Deva and Miten require a neutral acoustic in a hall, so that they can create their sound without the hall effecting it, but in this case the very layout has an effect. We haul up their own Syrincs PA that we use for the voice workshops, but that just makes things worse. It creates a rather tense sound check and, as oftens happens, an inspired concert!

The Berlin Philarmonie is a “union house” and behind these two words lie a whole world of problems. For instance, there is no parking available, so after unloading I have to trundle off to find a parking place. But, to get out of the Philarmonie parking area I need to get a ticket to raise the barrier, which means going to a different office, staffed by four guys in uniform. After much discussion amongst themselves they decide to issue me with a ticket to get out (have they ever done this before?). To load the equipment on to the stage, we come in a back door to the elevator and up to the second floor. When we arrive at the second floor I drop the elevator key which skedaddles over to the edge of the elevator and drops down the shaft. I go down to the porters desk to explain my predicament and find out that that is the only key and they’ll have to call in the engineers, four of whom duly arrive and peer down the shaft for a while and decide that they can’t find the key. So now I have to fill out forms so that they can put in a claim for a new key, to be paid for by my insurance. I ponder offering the engineers €50 to “find” the key but don’t really have time (it’s getting pretty late by now). Although I don’t believe in things just disappearing…. 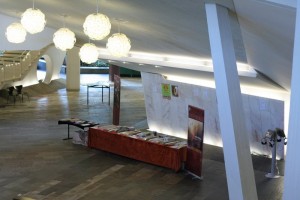 I also find out that I need a permit to take photographs in the concert building, presumably applied for in advance. And that noone can enter the concert hall after the concert has started. This is kind of standard with a chamber music orchestra, but is not really necessary with our kind of concert. Still, rules is rules and it would be more than my job’s worth to let you in sir. 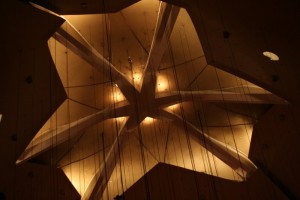 There is a bit of chaos around the organisers of the concert (like who is organising it?) as we have two points of contact, Sybilla and Brian, and sometimes get two different answers. Such as which seats are being used in the hall. The concert is not using the whole hall, there will be a couple of hundred seats that won’t be used and we would prefer that those seats were all in the area behind the stage, and apparently some of the doors have been closed. But once in the hall, people can walk around and sit where they like, so we end up with an audience all over the place. 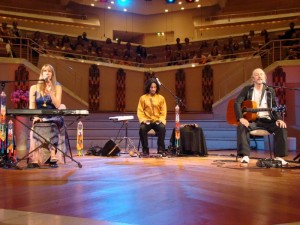 And then there is the 30 piece under-10’s orchestra, who wander into our back stage area and setup for practise while we are doing a sound check. Thirty under-10’s can make a fair bit of noise when provided with flutes and violins… such are the joys of the Berlin Philarmonie! 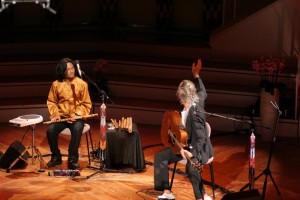 So, a world of problems and what else can go wrong? Well, in the end, nothing and after all the grief and stress of the sound check, it turned out being a beautiful concert. Miten wasn’t too confident with the light techs so I spent much of the time up in the gods with them (in the end a competent pair of guys). Moving from there into the concert hall itself was problematic as each door had a young lady whose purpose in life that evening was to make sure that noone entered during the concert. 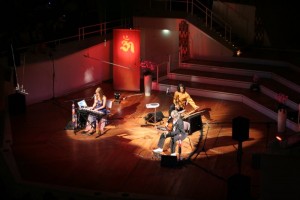 It was a good concert and that meant that it went on later than usual and the Philarmonie, being a union shop, has strict rules about closing times, so there is a bit of a panic while we get everything off the stage, into the elevator and into the van. And yes, we did need to visit the gentlemen in the other office to get a pass to leave the car park! 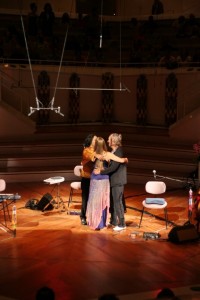 Returning to the hotel, we went around the side of the hotel for the entrance to the car park and were met with the sight of dozens of young ladies in very short skirts and bikini tops… the ladies of the night.