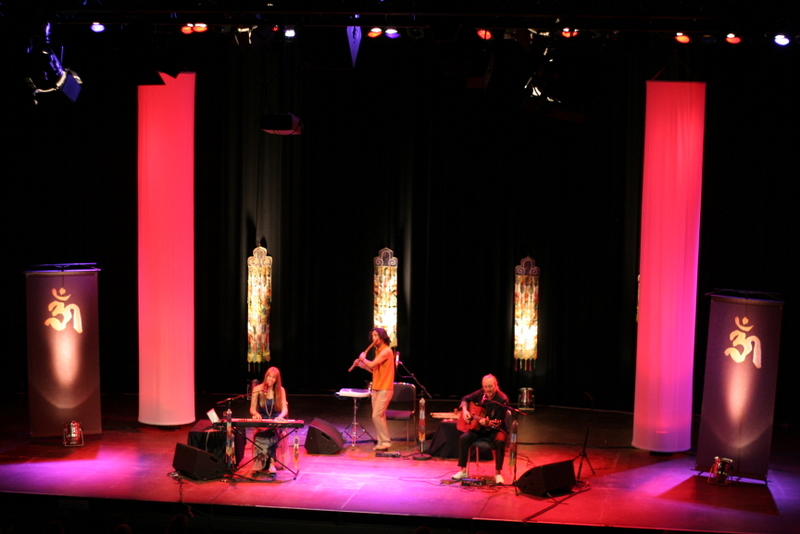 Travel to the sound of Pink Floyd, “Echoes: The Best of”, and I marvel at the fact that this music was made before the advent of computer synths and recording systems. And such a distinctive sound, one that no-one has really recreated since then. The journey is short (couple of hours) but with torrential rain showers and overcast skies. Somehow, this is the right weather for Cologne. Whoever put the city together had grey overcast skies in mind and the place ‘looks right’ today.

I’m staying at UTA near Friesenplatz and it’s always great to arrive here. I’m sure of meeting a bunch of people I haven’t seen for a while and I’m not disappointed this time, meeting up with Satyarthi, who I haven’t seen for a decade or two! Plus there is Osho’s Place, one of the best vegetarian restaurants in the world. I find when I arrive that my room has been swapped with Manose, who ‘requires’ full time internet connection. So, I get a better room but without internet access. 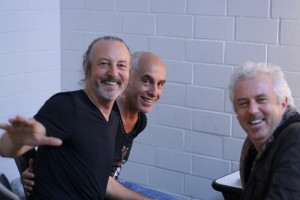 Deutsche Telekom has persuaded the German government that allowing open wifi access points will encourage terrorists and child pornographers to flood the networks with smut and terrorist manuals and that the world would be a far safer place if all access points were locked down and everyone had to pay for access. To Deutsche Telekom naturally. So the government has made it illegal to have open wifi access points. Which is why it is almost impossible to get access to the net without going paying €15/hour to T-Mobile. I say almost, because there is a brave cafe nearby that lets me log on for free and check my emails. It seems to me, that with a little imagination, we could start a movement to have all access points use their SSID as the password, thereby fulfilling the letter of the law, if not the spirit. 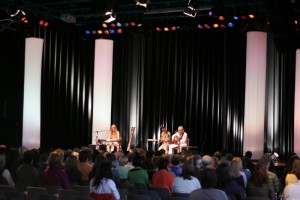 Thursday is a religious (Catholic) holiday so the event is all-day, starting with a Satsang at 12:00, but it means we are starting off at 08:00 with the stage setup. It’s the same stage setup as we’ll use for the evening concert but it’ll have to be moved back for an intervening event in the afternoon. We set the stage colour to predominately white and open the halls window shades to give some approximation of daylight, although given the grey skies outside and incoming storm, it doesn’t make a lot of difference. 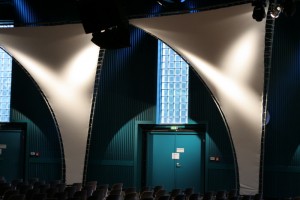 Having them on the stage for satsang and nudging folks to sing along means that there is little difference between a satsang and a concert, which is a bit of a disappointment. 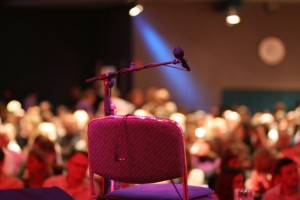 We’ve played many times in the Tanzbrunnen on the Messeplatz, in fact it’s Deva and Miten’s seventh gig here, and the third that I’ve been here for. The technical guys at the hall are speedy and very professional and the gear is of high quality, so setup is smooth and the sound and lights are good. Plus, catering comes out of Osho’s Place, so we get some great food and drink for the whole day and there is continuous flow of old friends coming through the dressing room. 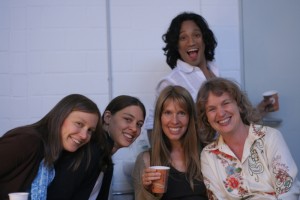 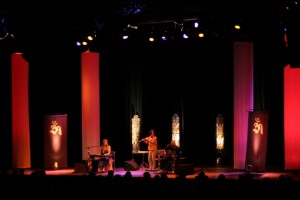 The evening concert is, as usual in Cologne, full and juicy. Most people know the songs and sing along with them, the concert hall looks great as does the stage. Miten invites everybody up on the stage for the last couple of songs (is this going to become a regular part of the show?) and the Tanzbrunnen becomes an intimate venue for the final song. 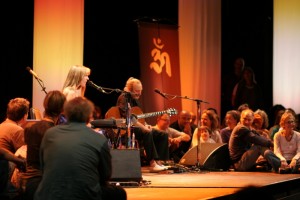 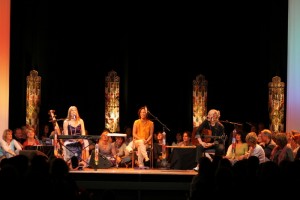 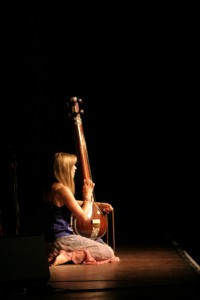 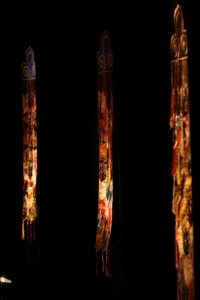